Home / art and craft / the Blazer blazer for boomshakalaka

I am a huge Portland Trailblazers fan, and it was downright thrilling when Clifton Burt asked if my husband Andrew and I wanted to be part of his group show, Boomshakalaka. I’ve been a basketball fan since long before I could thread a needle or even hold a crayon, so… yeah. 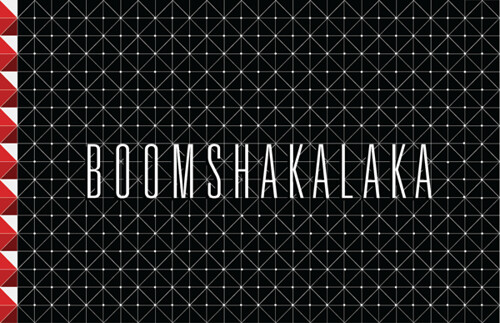 The show has work from 30 artists and designers (or 29 designers and artists and one crafty duo, more like) and it opens on Friday, February 18th at 6pm at Land Gallery! Clifton posted this awesome sneak peek at some of the other pieces, and I can’t wait to see it all in full glory. 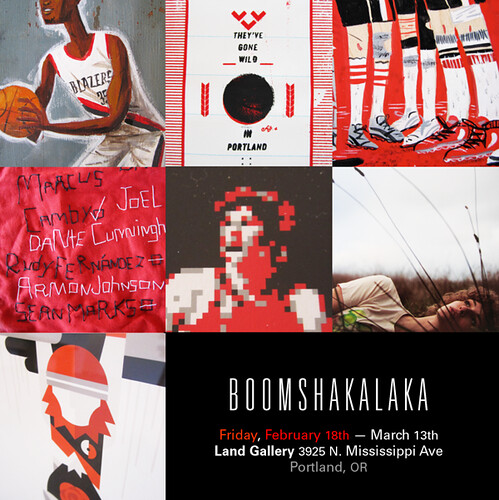 Andrew came up with the concept – a Blazer blazer – and I spent all 22 games in January and February planning, stitching, gluing, embroidering, and embellishing a dark red blazer that looked straight out of Meier & Frank the year the Blazers won their NBA title, 1977. I like to think the original owner was wearing it at the victory parade on Broadway. By the time I was done, it felt like a cross between a real Blazers uniform, a Pearly Kings and Queens suit, and a Shriners/Elks/Lions extravaganza. (By the way, any unevenness, glue streaks, asymmetry, or other homemade-ness are 100% thanks to some good freaking games the last two months! Six-game winning streak, anyone?!) 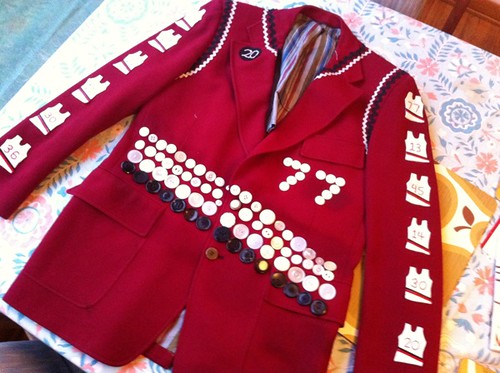 I started with a ton of vintage buttons (of course). 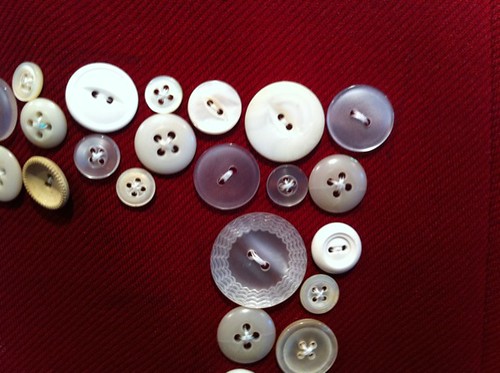 That part was fun. 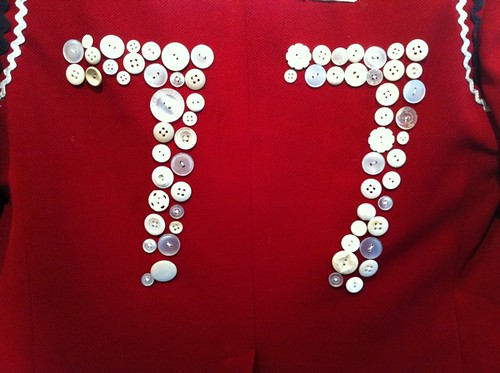 Black and silver rick-rack and quite a bit of wool felt were my next go-tos. 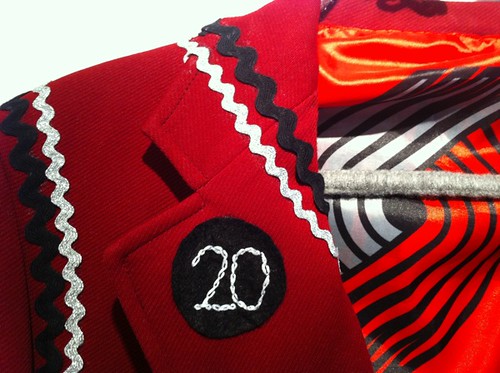 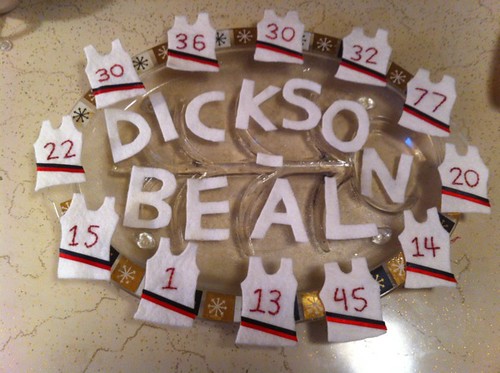 I also made tiny embroidered replicas of all 12 retired jerseys. Loved that part too. 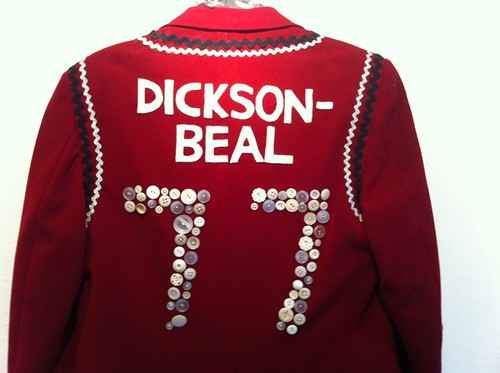 Since this is a heartfelt fan love letter in blazer form, we thought we’d sign it. Both of the kids have Blazers jerseys (Everett has #30 Rasheed Wallace and Pearl has #7 Brandon Roy) but neither of us do… so now we have our very own hyphenated-name jerseyesque craftstravaganza for the rec room instead. 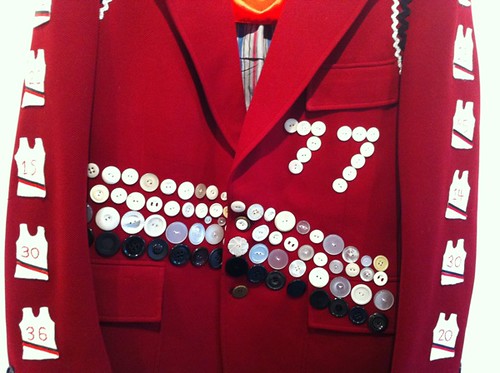 The last big push was sewing buttons, buttons and more buttons on the front. This is when it really started to feel like itself! I stitched a Blazers flag over the original striped lining as a little finale, and I’d probably still be adding more stuff if there wasn’t a deadline.

Hope to see you at the opening – I think it will be awesome! A huge thank-you to Clifton for including us in the mix.

ps: if you come to the show and want to try the Blazer blazer on, you are more than welcome to. Boomshakalaka!