I’m very excited about the new Portland Modern Quilt Guild — I joined online last month and the first meeting is this Thursday night! Hope to meet some other local quilters then, or at the second (sewing) meet-up. I know Rachel is coming tomorrow night, yay — anyone else? It’s not a hands-on sewing meeting, but there is a little show and tell, so I thought I’d bring some of my improvisational blocks from the wonderful Denyse Schmidt class I took in last year’s Summer of Making. (Here are some of them if you want to see — I’ve been meaning to post these on my flickr for months and I finally did today!) 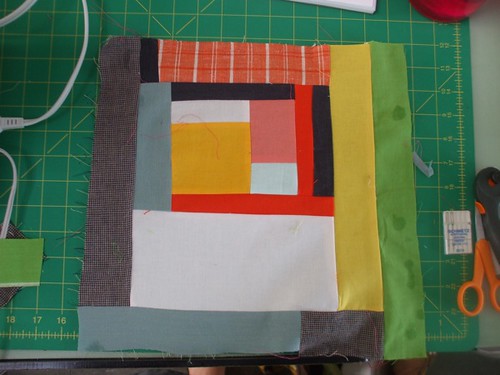 To join the PMQ guild, just go to the ning site and register. Then you can add photos, reply to topics or post your own. Once we meet and get things organized I’m sure there will be more going on — just look at the LA Modern Quilt Guild, they’re on fire! 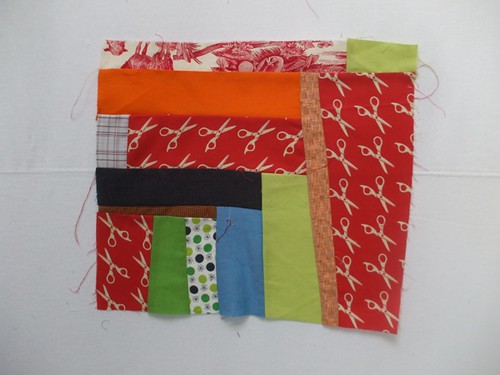 If you’re not in Portland (or LA), there are many other chapters, all umbrella-ed under the Modern Quilt Guild site (they also have a Facebook page). You can find a nearby chapter to join, or start one in your area if there isn’t one yet. 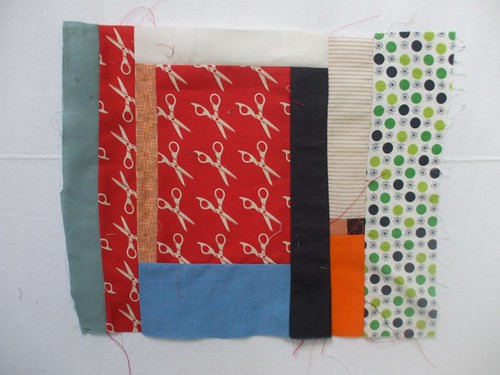 So, the first Portland meeting is Thursday, March 18th from 7-9 at the Multnomah Arts Center, 7688 SW Capitol Highway. 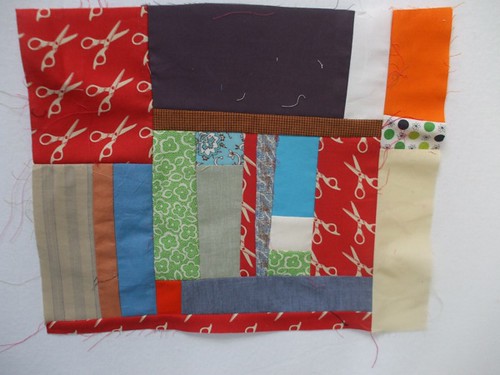 Then the second meet-up is a sewing night at the new Modern Domestic space, 1408 NE Alberta (yay!) on Saturday, March 28th from 6-9pm. This one is $10 for the studio time, and it sounds like we might start things off with an after-hours shopping spree at Bolt. 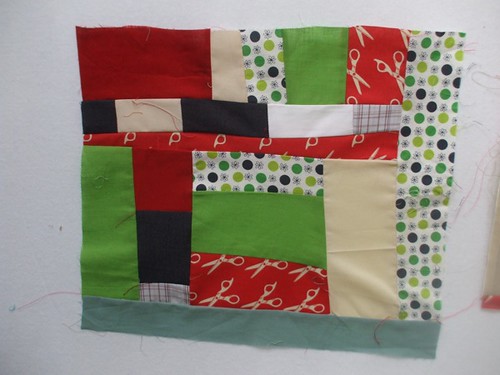 So there is a lot of new cool quilting stuff going on around here! I’m also thrilled to announce that I’ll be teaching two rounds of log cabin quilting this summer at PNCA as part of the second Summer of Making. Josh just posted the schedule this week so I thought I’d do an early announcement! 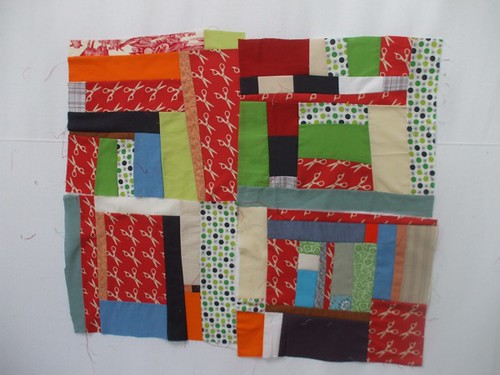 I’ll post more about it soon (including some more detailed project ideas and the syllabus), but for now I’ll just mention that it’s for all skill levels, will be very tailored to the individual quilter, and we will do some fun things like fabric scrap swaps and innovative block design in class. The first class is a short one-day workshop, Saturday June 26th from 10am-12:30pm. The second one is a four-day intensive, July 12-15th from 10am-4pm daily — a totally luxurious amount of time to spend piecing and quilting. 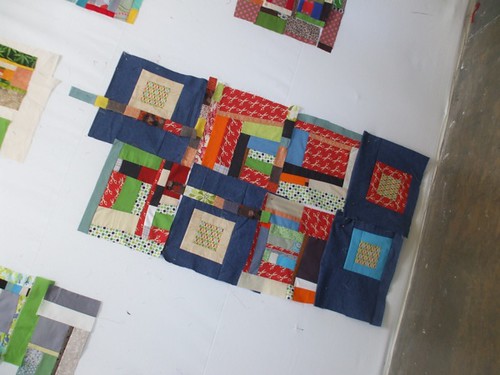 I’m also planning to write up a (long overdue) post on the Denyse Schmidt class last summer. The photo above is of all the blocks I made in two blissed-out days, jumbled up on the white flannel design wall in our final critique. My next project is going to be turning these, along with some new ones, into a finished piece of some kind, and doing some free-motion quilting… unless the blocks tell me otherwise. More on that soon.

And I hope to see you this month at the Portland Modern Quilt Guild meet-ups, too!