Home / chatty / happy anniversary to me (and Oregon too)

I realized this morning when I was writing the date that today is exactly 12 years since I first set foot in Portland! Pretty cool. I came out for a three-week visit, loved it from minute 1 (in gray, chilly, blustery February — that’s when you know it’s meant to be), and moved here six months later to go to jewelry school. After bouncing around a dozen different places all over the east side of the city, and our part-time two years in LA, here I am again, back in my first-ever neighborhood as that long-ago visit. 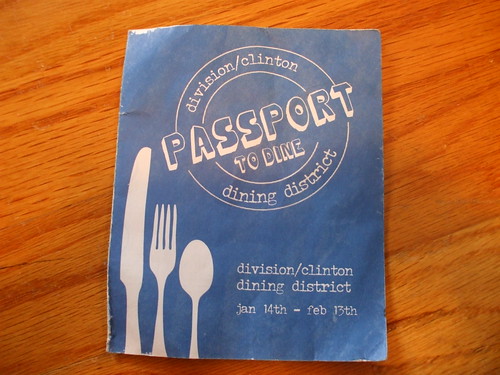 We live close to a bunch of coffee shops and restaurants, and a good handful of them just banded together for this cool little passport. If you go to five of them this month and collect the stamps, you’re eligible for a drawing to win prizes and gift certificates — and have a chance to win even more stuff if you round up eight visits. I took it as a challenge. 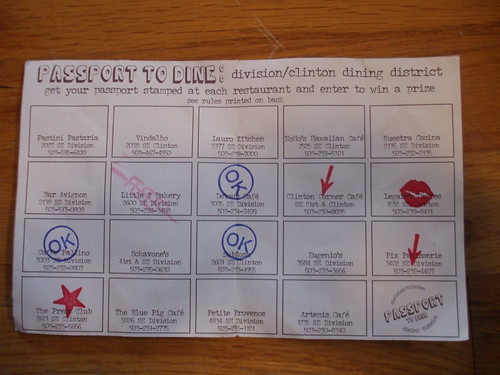 I got my elusive #8 on Tuesday at Pix and I have my fingers crossed! It would be so fun to win a prize so I am hoping that we’re one of the lucky ones… along with Caitlin and Patrick, the only other people I know who collected eight stamps too. It has been a really nice excuse to get a cup of coffee with a friend at a place a few blocks off my usual route, and a convenient nudge to treat ourselves to breakfast at Sub Rosa one weekend, and most of all a cool little reminder to support our local spots. Plus it’s not like my real passport is getting any action, so I might as well enjoy the one that’s right here in my zip code.

Speaking of anniversaries, it’s Oregon’s Sesquicentennial on Saturday! I’ll post something else nerdy about it then but I have to say that I’m pretty excited. I love my Centennial souvenirs I’ve found from 1959 (some glasses and fancy plates and trays) and I absolutely love my one 150th treasure, which was a birthday present from Andrew. There is a lot going on to celebrate the big day/year. My friend Carye, who always knows about this cool stuff, is going to the official state celebration in Salem and we are talking about planning an Oregon 150th party here in Portland sometime soon, since it goes for a whole year. I’ll keep you posted!

-Patrick reminded me that yesterday was Abraham Lincoln’s birthday, too, I had completely forgotten to include him in my anniversary/birthday round-up. Even more to celebrate!

–We are now planning to go to Salem to attend Oregon’s birthday party tomorrow! I’m pretty excited. Here are a few more details on it, if you want to come too:

Governor Ted Kulongoski, Senate President Peter Courtney and Speaker of the House David Hunt will be making sesquicentennial comments in the Capitol Rotunda and helping everyone to a a 6-tiered cake large enough to feed 3,000 people! Blacksmithing and wagon wheel demonstrations, historic building tours, gift bags for the first 500 children, pictures with the Gold Pioneer, candle making, and square dancing. Oregon geological and historical exhibits will also be on display.

-Carye and I are definitely doing our sesquicentennial party here in Portland sometime soon, too. I don’t know if we can swing cake for 3,000, but it will be awesome.

schmancy-ness from coast to coast! the once and future CRAFT: