I have a little announcement/celebration/giveaway today: I haven’t had a chance to mention it much until now, but I have a new craft book coming out next month called Button It Up! I’m so excited to have something to share after all these months, and to celebrate, I’d like to offer up some of my own button treasures as well as a couple of signed copies of the book for a crafty giveaway! 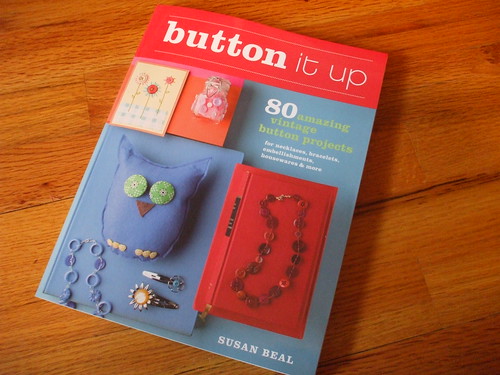 I got to include 80 original projects to make with vintage (or new) buttons, from jewelry and embellishments to housewares and stationery. Two dozen of my favorite crafters each contributed a project (including how to cast your very own buttons, which is so cool), and I also got to write up a fun little history of buttons… you can see some peeks at that chapter if you search inside on Amazon. 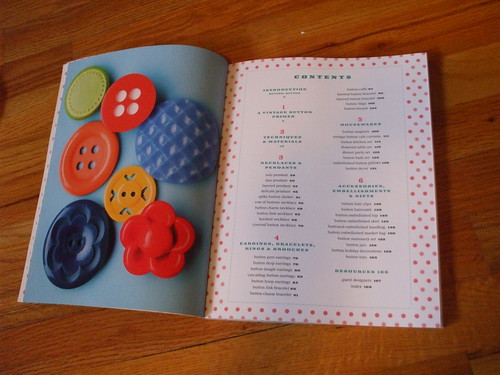 I’ve built a little book website and planned a couple of Portland book events in March to get crafty with some of my favorite bits and pieces from my own collection. More on those soon too! 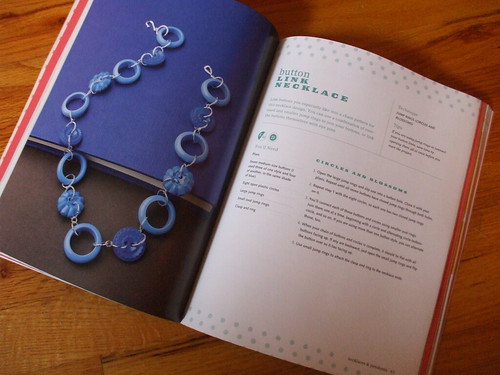 I’ve put some more project snapshots in this flickr set, and I’ll be adding lots more as sneak peeks, too… 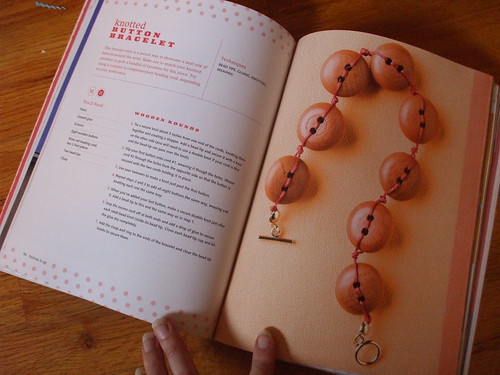 Like Bead Simple, each project has a variation, so you can see two different takes on the same idea — super-specific how-tos are really cool, but I think there’s something nice about a flexible project you can make with buttons from your stash, or put your own spin on. 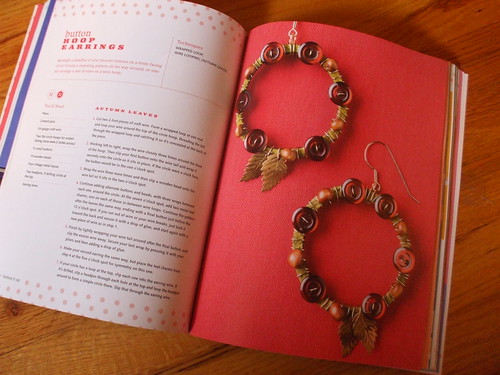 But totally unlike Bead Simple, I was excited to include some sewing, gluing, and embellishing to create a mix of housewares, clothes, bags, toys, decorations and accessories, along with plenty of jewelry. (After doing over a hundred wearable jewelry pieces for the first collection, it was really nice to go in some other directions this time!) 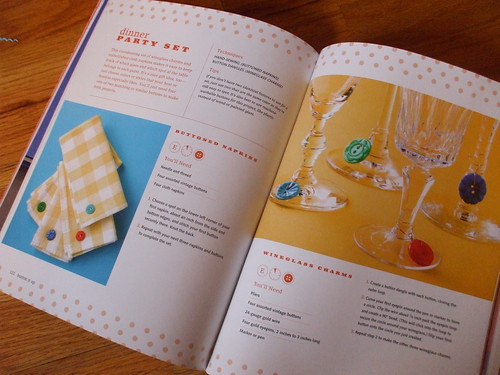 And while most of the projects are fun pieces to make in an afternoon, using what you have handy in your own stash, for the times you want to use something really special, I’ve put together a list of all my favorite resources for vintage and new craft supplies — including profiles of my two favorite button stores in the world. 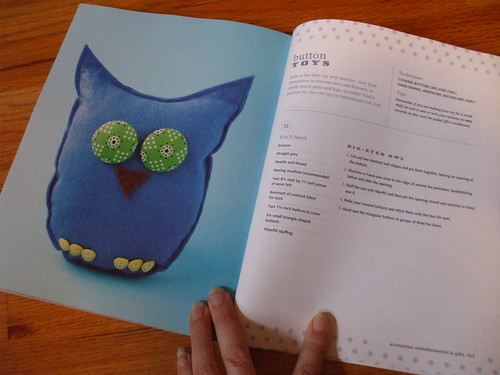 Okay, on to the giveaway! You can pre-order the book on Amazon or look for it in a few weeks (March 3, to be exact) at your favorite local bookstore, but in the meantime, I’d like to offer up two signed books to win, from my own author copies. I’m also putting together two button grab bags with some of my favorites from my own collection — I’ll add some other craft supplies and findings too, to get you started on your first few projects. I’ve been finding and saving buttons for years and I’d like to send some out as prizes to celebrate the book coming out! 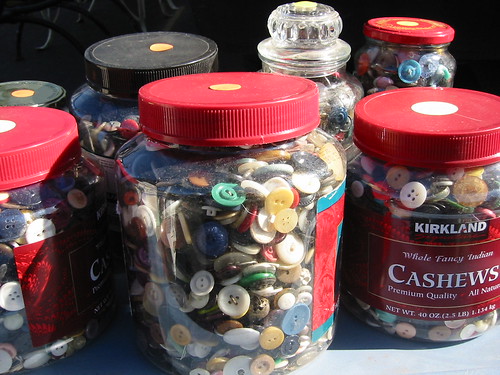 So, to enter, please leave a comment on this post, telling me something you love about buttons, a good tip for finding them out in the world, or a favorite craft project you’ve made with them… anything button-related will do just fine! I’ll keep the comments open for two weeks, until Tuesday, February 24, and then randomly draw four winners: two will get books, and two will get buttons. International shipping is fine, I’m not restricting this to US readers, so please enter away! 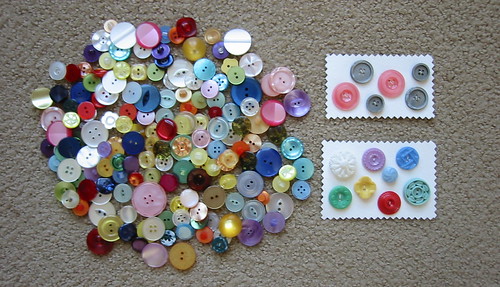 The last thing I wanted to mention is that I’m going to be updating both the Button It Up and Bead Simple websites a lot more often, with project ideas, new crafty supplies to try, updates from my lovely guest contributors, and giveaways there too. It’s been a busy year, and I’m excited to do some new things now that I can catch my breath a little bit. I’ll always write about crafty stuff over here, but I wanted to make my book sites more of their own stand-alone bead and button thing, not just my sporadic announcements every few months. I hope you like them, if you’re in the market for yet another crafty place to stop by… I just wrote up another Coraline post, all about buttons this time and that was pretty fun! 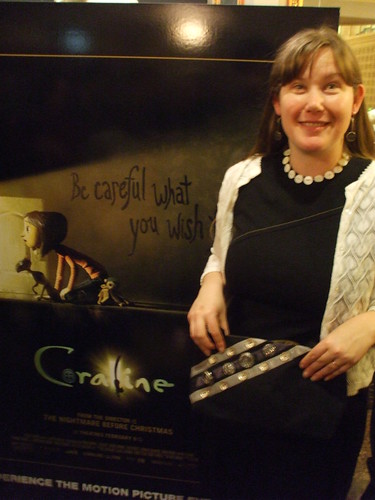 Thanks for reading, and an extra thank-you to everyone who cleverly spotted the book somewhere before I “announced” it and had nice things to say. I hope you all like it as much as I do!

the once and future CRAFT: vintage buttons + Coraline!