I can’t believe my baby boy is one today! It seems like the time went so fast, like it can’t possibly have been a year, and then again like I’ve known him all my life. October vanished in the rearview mirror very quickly, but I’m so glad I found some time to make Everett some fun things for his first birthday this week, before my sweet November 8th deadline rolled around. 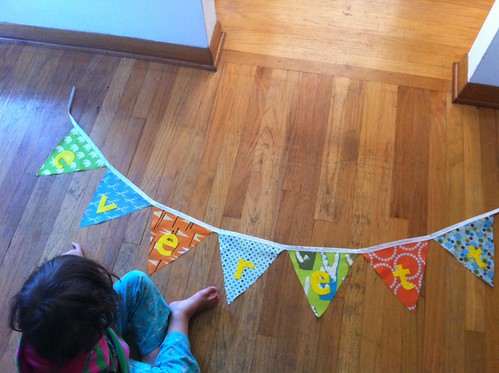 I cut out, appliqued, and stitched up his name pennant the other day with some of my favorite quilting cottons, 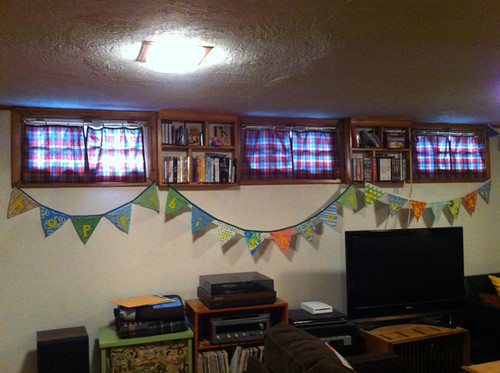 and hung it up in the rec room for a super chill little baby party on Sunday. 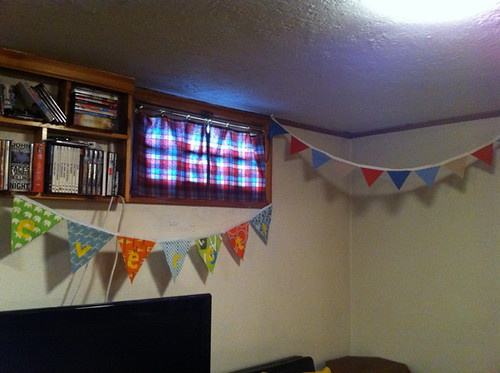 I also made a nice long string of blue, orange, and white wool pennants for him (using scraps in four colors and white 1″ binding from the Woolen Mill Store). Love how these turned out.
(Oh, and I used that precious extra hour on Sunday to replace the gnarly old wicker rec room curtains with some new ones in a Beach Boys plaid, also from the WMS – a one-yard cut was just enough to stitch up all three sets! You can see them in a couple of the snapshots above… trust me, you don’t need a before photo. Now that we have nice ones, I can’t believe we lived with the crummy old ones the last 4 years. Ugh.) 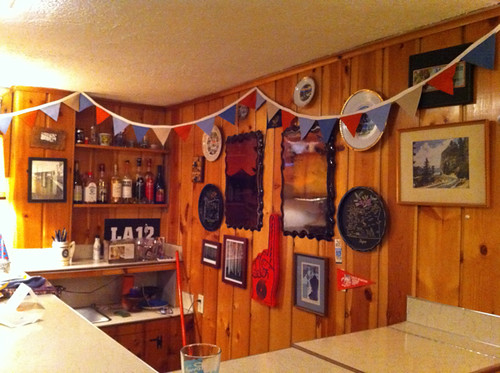 And my favorite first-birthday craft ever is the 1 shirt + bib. I made a cute set for Pearl’s first birthday in 2009 with one of my precious Flea Market Fancy fabrics, 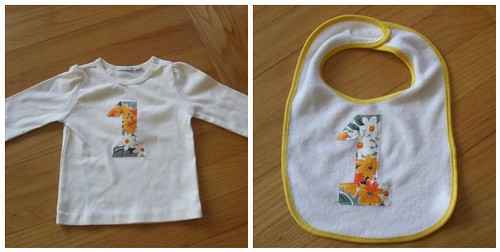 to match the Pearly Grey birthday skirt I found at Crafty Wonderland (which she is still wearing all the time 2.5 years later). 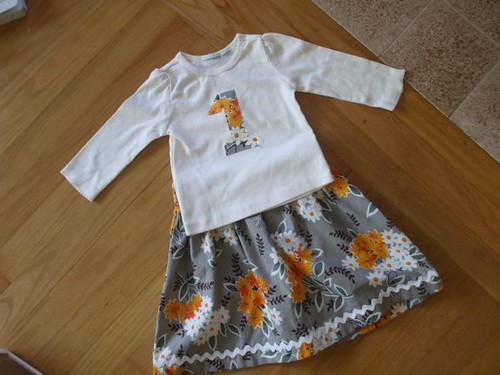 So of course my little man needed a set of his own too. 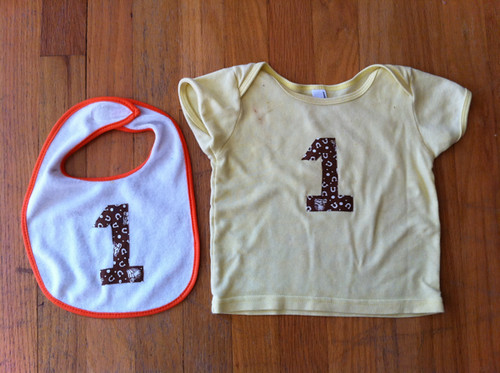 These two match a favorite hand-me-down pair of pants I sewed for Pearl (the 18m size of my beloved Burda 9772 pattern – the fabric is Ride ‘Em Cowboy by Robert Kaufman, which I found in Joseph, Oregon two years ago). 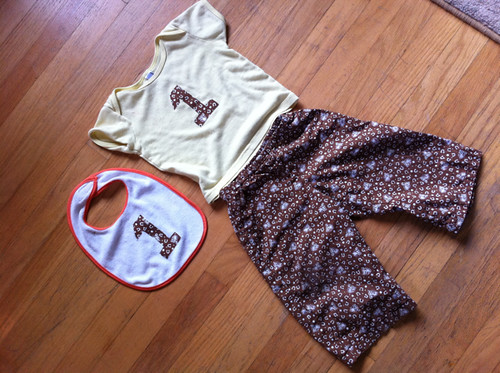 I made him some vanilla cupcakes, and of course in the whirlwind of the day didn’t get any pictures of them. They looked just like the ones I made for Pearl’s first birthday, with a blue star candle + sugar sprinkles, but minus the pearl button cupcake toppers this time. 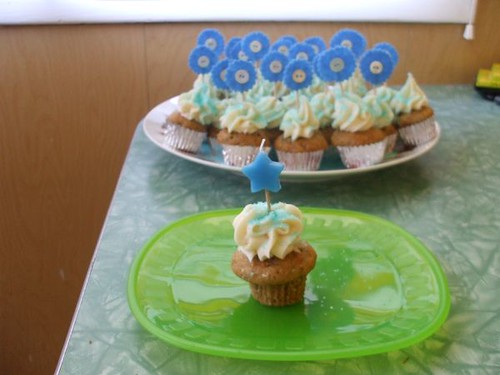 It was a fun afternoon and a victorious first cupcake for my sweet little boy! One happy side effect was that I had to re-organize and clean my craft room pre-party on the fly, since it’s right around the corner from the rec room, and it was in embarrassingly sad shape. Like the old curtains, I skipped the before photo, but it was cluttered with fabric, notions, and random stuff, and not at all inviting for sewing. Here’s what it looks like now – I still have some work to do, but I polished those three sets of cafe curtains off in less than an hour on Sunday morning on that nice clean worktable. 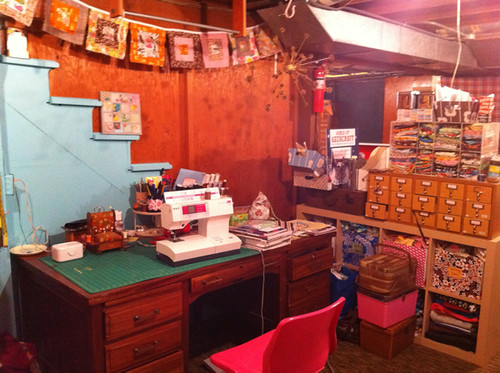 It’s so nice to be able to find everything again! 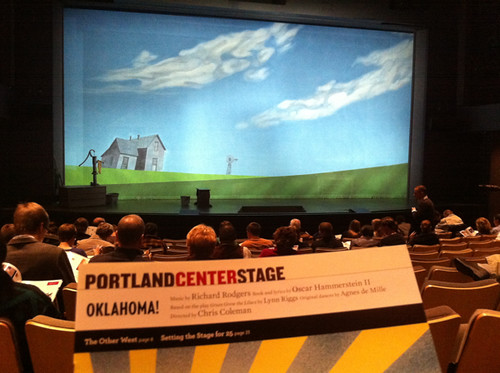 But after the weekend of fun (including the party, the awesome BUST DIY Guide to Life book event, and half-price tickets to Oklahoma! with Michelle), I have lost my voice and most of my energy has gone with it. So I will be back soon with a new craft book giveaway and some other fun things!

classes and parties the BUST DIY guide to life