So an announcement first – along with the usual boring reasons (work, general busy-ness, and desperately needing to get a new laptop) my blog has been so quiet lately is a more exciting one: I’m expecting another baby! It’s a boy this time (!) and he will be arriving in November. We are so thrilled, although it still doesn’t quite seem real that we’ll be meeting him next month, but I can’t wait. So, that’s the news around here! I’ll recycle my onesie photo from announcing that I was expecting Pearl back in 2008 – I have made a few new things for him, too, but don’t have any photos of them. (I need to get on that!) 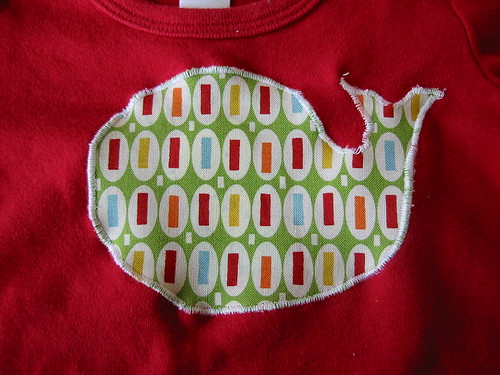 I’ve mentioned a few times lately that all I’ve had time to do on the crafty end of things is cook, and that has pretty much been the deal around here. Our garden did pretty well this year so we had a steady supply of vegetables for the late-summer months (yay), Pearl stopped napping completely (not yay) and the only creative outlet I’ve had that I can really pull off with her racing around the room is cooking and baking. She’s in preschool part-time now, which she loves, but that’s really my time to work-work… so time for fun crafting has been pretty thin. 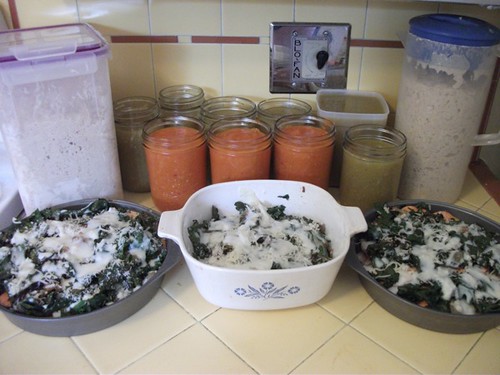 So, I’ve been cooking a lot. A whole lot. And I thought I’d pass on some favorite easy-to-make batch recipes that you might like too, most of which freeze or keep really nicely… which is handy for a whirlwind fall with a newborn, or just the luxury of not having to make something for dinner every single night. I’m not a food photographer at all (I wish!) but hopefully you won’t mind these mediocre shots of things – I promise that the actual recipes are great, even if my photos aren’t. (And I have a bunch of favorite recipes cataloged over at delicious if you’re interested, too.) 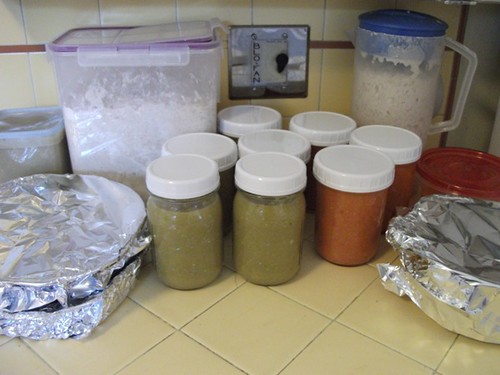 So, here’s one busy Saturday’s worth of batch cooking, and here’s what’s in the picture:

– One double batch of artisan bread in five minutes a day (the peasant bread version – our favorite), which keeps in the refrigerator for three weeks. This makes about six loaves of bread. LOVE this one. I store my bread dough in a 5-quart flat-sided storage container thing from Fred Meyer, which doesn’t take up too much room, and if I double it I put the overflow (about 1/3 of it) into a regular plastic pitcher, too.

-One double batch of sweet potato gratin, divided into three pans. This is a really amazing side dish. Andrew chopped everything for me (below), which made it all go so quickly. I super recommend this one. 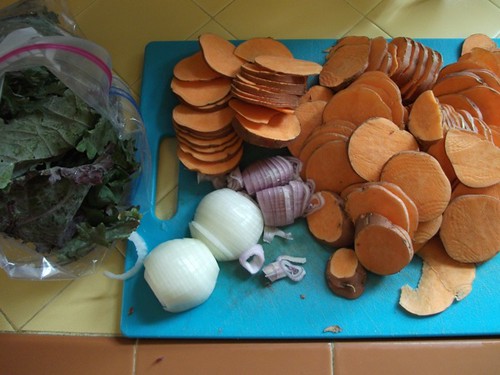 -One triple batch of green tomato enchilada sauce. I made a 4x batch a week or two later as well (we had a LOT of green tomatoes), and a 4x batch of the butternut squash-bean-cheese filling. I decided to freeze the sauce and filling separately, not try freezing pans of pre-made enchiladas, but I’m sure that those would be great too. I freeze almost everything in pint or quart glass Mason jars with BPA-free lids (the white ones pictured), but Ziploc bags can be great too.

-One double batch of fresh tomato sauce. I also made a 4x batch of this a week or two later. And Andrew chopped everything for me this time, too. I don’t have a food mill (which is high on my wish list for next year) but blanching the tomatoes in boiling water and then quickly seeding them with a fine-grain colander I just got at Ikea works great. 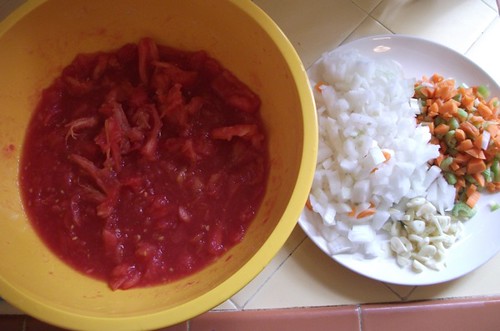 Along with the obsessive cooking, I’ve been doing some simple baking and it’s been so nice. Here are some of the recipes I’ve been using pretty much non-stop, most of which are perfect for a stash of frozen summer berries like ours:

-I love the perfect blueberry muffins from smitten kitchen. I just add vanilla and nutmeg and otherwise follow the recipe exactly.

-I also make these cornmeal berry muffins a lot. I add brown sugar and nutmeg to the tops.

-And these banana muffins are really good with frozen berries added to the basic recipe.

-We picked apples the other week and I LOVE this apple muffin recipe (no berries in this one).

Okay, well, enough cooking talk! I hope some of these recipes are inspiring to try, if you haven’t already run across them. I’m also getting really excited about cooking for Thanksgiving (yes, I will have a weeks-old infant, but still) and Christmas (probably a bit more manageable).

p.s. A Halloween costume update: Pearl is still holding steady at eight very different ideas, but thanks to a lovely and well-timed vintage gift from our friend Holly I think we may have zeroed in on an official costume for her! I don’t want to jinx it by posting about it yet, but I will let you know more by the end of the week… hint, it is not Laura Ingalls Wilder, or a walrus.