I’m so excited that my first gardening article is up over at the CRAFT: blog today – how to build a simple raised bed! 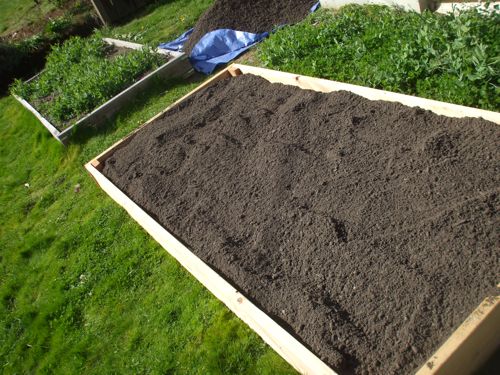 Thanks to my collaborator Patrick Vinograd, expert wielder of a table saw, for all of his help. I wanted to share ideas for the simplest possible 8-by-4-foot bed to make quickly and affordably, so you have more time (and cash) for your gardening, and improving on the first bracketed raised bed Andrew and I made last year. This was a really fun and super quick project and it is so exciting to have two raised beds now, double the space for planting! 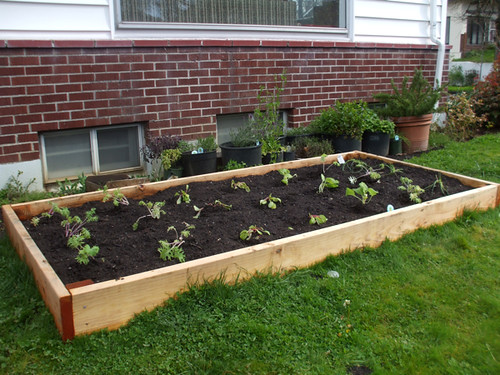 Here’s what I planted on Saturday: 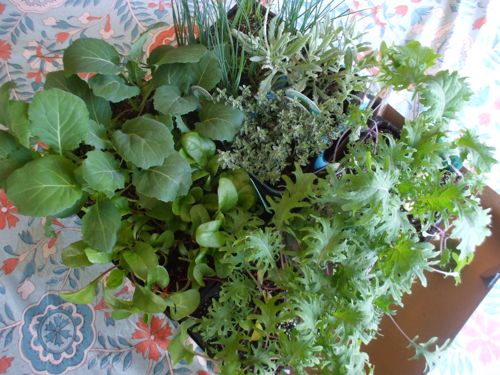 The other raised bed will be tomatoes and zucchini (in May) — I had various greens in it last year and wanted to rotate the plantings completely to rest the soil.

I’m hoping this year is good. I feel like I learn a lot every summer and hopefully can do things better each time I try. Last year I started off with one pretty packed raised bed, planted April 15: kale, chard, sugar snap peas, collards, onions, broccoli and cabbage. The kale and collards were total successes (yay!). 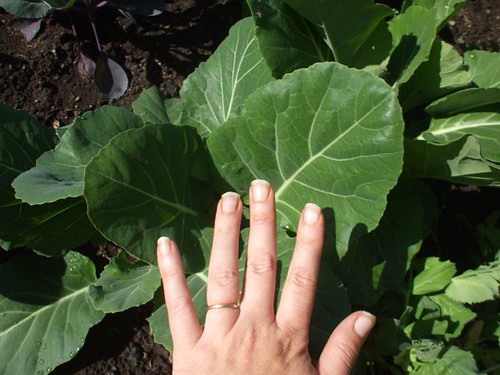 The peas, onions, broccoli, and cabbage were okay — not huge producers, but we got some nice things here and there. And the chard was a disaster, it came down with something yucky pretty quickly and I took it out within the first two weeks and thinned and moved my other stuff around. So this year, I went with lots of kale (my favorite) and a fair amount of collards (though I like them a thousand times more than I did as a kid, pushing them around on my plate at holidays, they aren’t as enjoyable to eat daily), and I’m trying a new chard with my fingers crossed. I added leeks for something new, even though they’re kind of in reverse season — just an experiment, really. I also spaced things more generously this time, instead of trying to fit everything in so tightly. Oh yeah, everything is organic, and I bought it all at New Seasons this time. 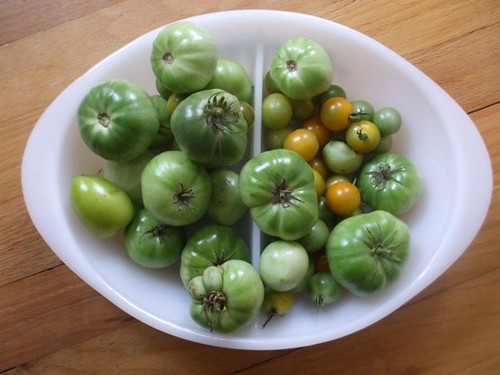 I’m excited to try putting in some new heirloom tomatoes next month. Last year we put six different tomatoes in the yard behind the bed, along with some peppers and a single delicata squash. Our yard is still coming back from 50 years of spraying, so no matter how much I amended everything, they weren’t super happy. The tomatoes did okay, the peppers weren’t so excited about things (it’s not really a pepper climate, either), and the delicata yielded about four squash (which were delicious) out of maybe two dozen pretty little flowers. I’m hoping the raised bed and the nice 4-way soil will be a happier home for the next round. 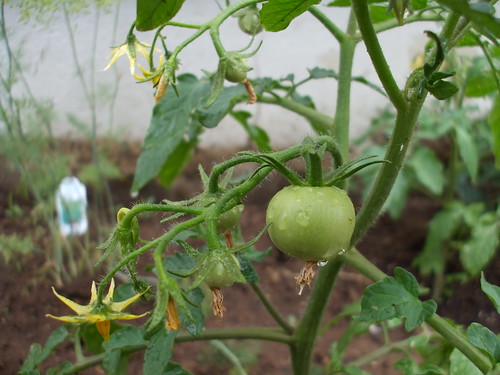 Anyway! We’ll see. I’m already kind of nervous because my starts spent longer inside than I’d hoped due to our chilly, windy, rainy early April, and they’re a bit droopy after their confinement. But you couldn’t ask for a nicer, milder, sun-and-rain mix than these last few days so hopefully they’ll forgive me soon.

I have another gardening article going up soon, too – I’ll keep you posted! And I would love to hear what you’re planting this spring.