So the Handmade Nation signing last night drew tons of crafty folks, and Faythe said it was her biggest crowd for a book event so far! Here are a few of my photos of the evening, and don’t miss my fellow gocco-er Kate Bingaman-Burt’s pictures, too. (I will warn you: the lighting was great for showing a film, not so great for point-and-shoot photos, so please forgive the many blurry crazy ones!)

We got there early to set up and get the gocco station ready to go. Faythe was introduced by Namita Wiggers of the Museum of Contemporary Craft, who gave a really interesting talk on craft culture, weaving in the effects of the Industrial Revolution, the GI Bill, the age of technology, and the rise of indie crafts seamlessly. 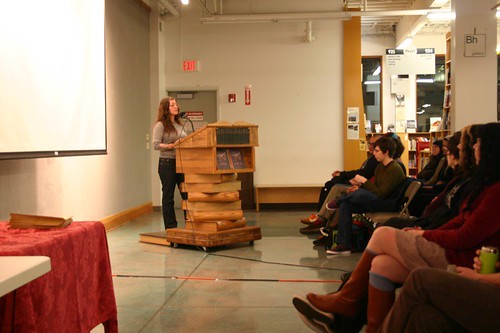 this one of Faythe speaking is actually good, so you know it’s Kate’s and not mine

Then Faythe described her process in joining the online craft community, opening a gallery, choosing to document it all, and her travels to film crafters and events nationwide. She also explained how the book came about as a result of her 8-minute YouTube clip (which has gotten more than 96,000 hits) and then showed a 20-minute insert of the feature-length film. 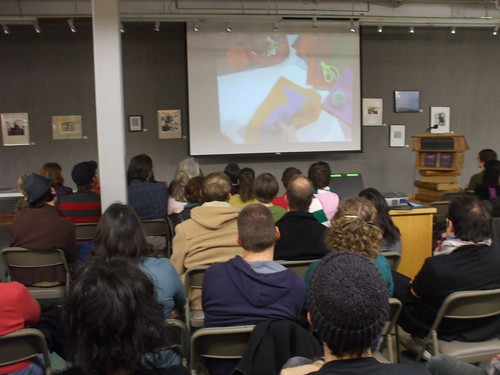 Faythe embroidering the signature map of America that is on the book cover, to start the film 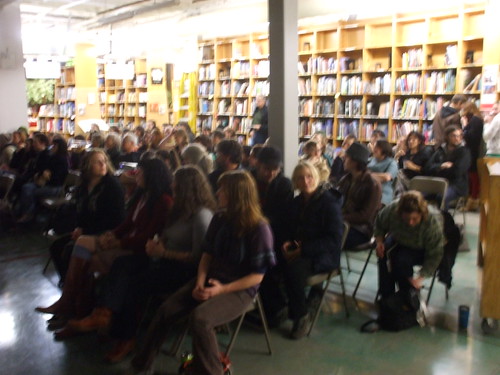 After the film clip finished, Faythe took questions and then signed books. Meanwhile, Kate and I got people gocco-ing their own Handmade Nation postcards off to the side! 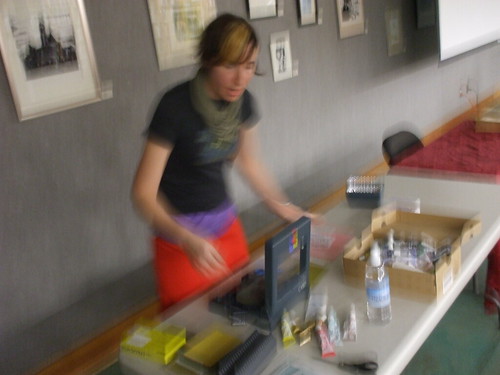 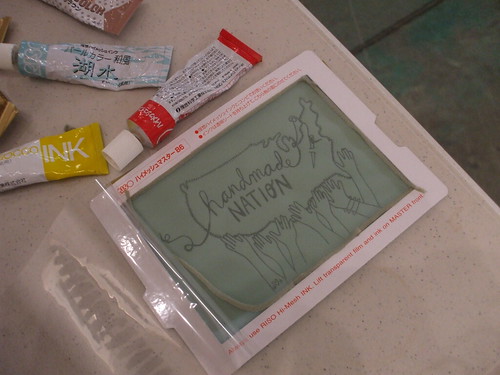 one of the screens — the book’s signature design by Kate 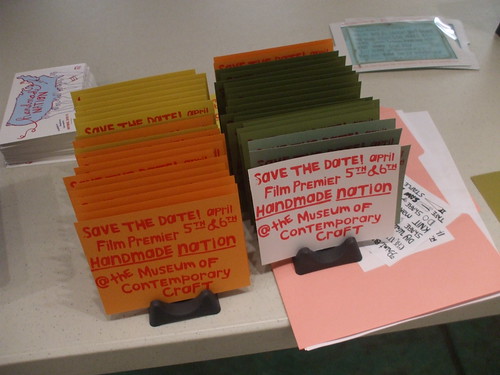 some of the cards we printed with folks 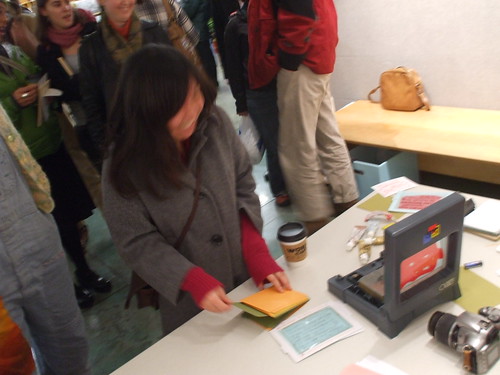 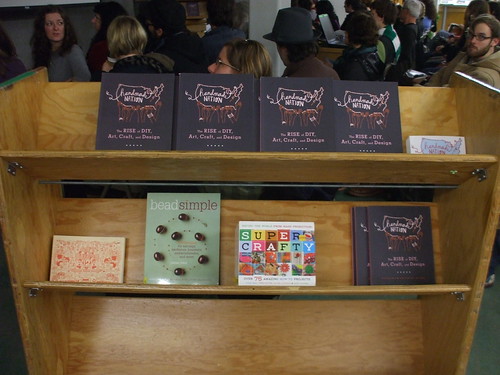 Powells was nice enough to put out copies of Bead Simple and Super Crafty alongside the Handmade Nations!

Stay tuned for more on the film’s Portland premiere in April — we’re planning some really fun things for the weekend of the 4th and 5th. Hope to see you then!