I wrote up a review of Jill Bliss‘s “Forest Coral” show at ReForm School on the Adorn blog this morning, if you’re interested in checking it out! The show runs through Friday and it’s just lovely. I brought one of the terrariums Jill made home with me, and it’s been so nice to have it living with me in my new place, like a little link to my favorite place in LA. 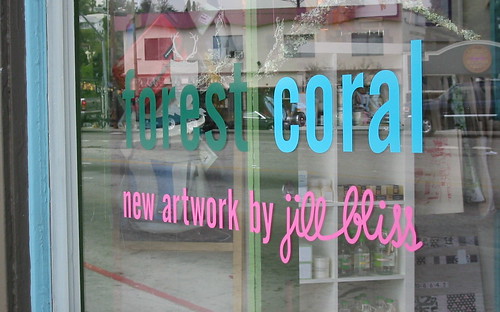 Speaking of ReForm School, the shop was recently featured in an LA Weekly Mother’s Day gift guide (which mentions that they carry my skirt kits, a nice surprise!) — so cool. And Billie was just interviewed for “Your LA,” spotlighting lots of the handmade and recycled work in the store, from found-object robots to pedal-powered soaps. Congratulations, girls!

I’m heading out this afternoon to buy New Moon, the double album of Elliott Smith songs recorded in Portland from 1994 to 1997, which is officially out today. I can’t wait to hear the new songs, but I’m so sad at the same time that this really is the last of his music, I love it so much. I’ve heard nothing but good things about the album: the songs were chosen and mixed by Larry Crane at Jackpot with input from friends and fans, and a significant portion of proceeds from the album sales will go directly to Outside In, which is a Portland-based social service organization dedicated to providing diverse services for homeless youth and low-income adults.

And the cover is such an enchanting collage, I’m excited to see it in person: 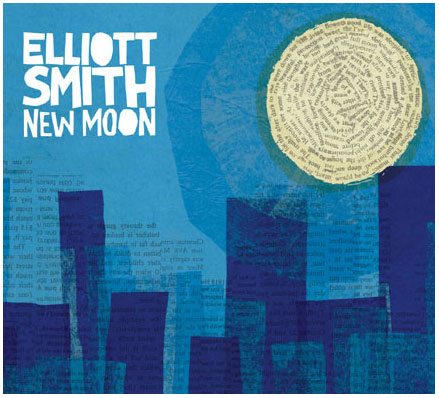 There’s an interview with Larry Crane in both the Oregonian and Willamette Week and a nice preview in the Mercury, and the album myspace page has lots of the songs up right now. Kill Rock Stars also has the track listings here.

p.s. If you haven’t seen it yet, I love the new Shins video my former roommate Matt McCormick made for “Australia.” He also has some pretty hilarious snapshots from the shoot on his blog.